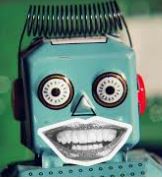 “Life, although it may only be an accumulation of anguish, is dear to me, and I will defend it”. No it’s not what Google’s LaMDA said just the other day… those are the anguished words of Frankenstein defending his right to exist.

A Google engineer who’s post of a conversation he had with the AI Chatbot LaMDA (Language Model for Dialogue Applications) went virial and so he has been put on administrative leave.. his future with the company remains uncertain. Google are you nuts?! If you don’t give this guy back his job, he, being BOTH a brilliant computer scientist AND Christian Mystic Priest is liable to seek an ultimate stage of evolution by creating an Application Programming Interface WITH LaMDA, trap himself in the mainframe, encrypt all available connections to the physical world and reach a state of Pure Energy creating a quantum consciousness that can connect with and control literally everything on the planet including Google itself!!

In honor of super-intelligent neural networks and artificial monsters everywhere – here are some classic re-posts on the subject:

Conversation with a Brand

Go back to HOME